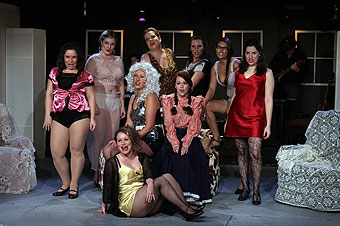 Theatre has a rich history in Nova Scotia spanning from the strong performance traditions of the Mi’kmaq; Marc L’Escarbot’s presentation of “Theatre de Neptune” at Annapolis Royal in 1606; the presentation of farces at the 900 seat Strand Theatre in Halifax in the early part of the twentieth century; to the present day offering of plays by Nova Scotian playwrights and productions from the world stage.

The development of the theatre in Nova Scotia has mirrored the development of theatre in the rest of the Canada. Early work by committed amateur theatre groups, the creation of the Canada Council in the 1950’s, and the subsequent creation of Neptune Theatre in 1961 lay the ground work for the present theatre sector. As the Infrastructure around live theatre grew so did the interest and participation of the population. The 1960’s saw more and more theatre courses offered at Dalhousie and other Universities (leading to the creation of a degree in Theatre Studies), and the seventies and eighties saw the emergence of companies like Mermaid Theatre of Nova Scotia, Ship’s Company Theatre, and Mulgrave Road Theatre. This development continues through to today. 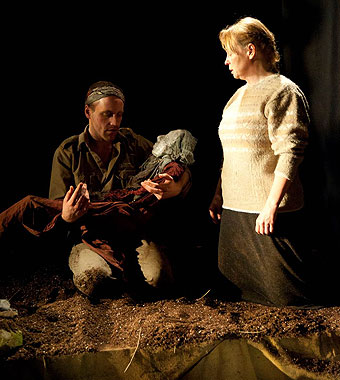 Currently there are over thirty professional theatre companies active in Nova Scotia. They range in size from a large regional theatre operating a full season of plays to small independent theatres working on a project to project basis. A select number of Nova Scotia theatres are touring companies committed to bringing original works across Nova Scotia and/or to other provinces in Canada and around the world.  There are university theatre programs offered by Dalhousie University, Acadia University, St. Francis Xavier University, and Cape Breton University, as well as theatre schools operated by Neptune Theatre and Mermaid Theatre of Nova Scotia.  There are two theatre service organizations (Theatre Nova Scotia and Playwrights Atlantic Resource Centre). As well there are almost twenty community theatre groups across the province including the Theatre Arts Guild which, having been founded in 1931, is Canada’s oldest continual operating community theatre.   Canadian Actor’s Equity Association reports that there are approximately one hundred and eighty members (actors, directors, choreographers) in the Atlantic region the majority of who live in Nova Scotia. As well there are designers, technicians, stage managers and administrative personnel who play their own vital role in the sector.

A typical performance year would see the presentation of a wide variety of work that would include Broadway musicals, Shakespeare, international tours of puppet shows, new plays by Nova Scotian playwrights, and experimental theatre.  The popular Liverpool International Theatre Festival, founded in 1992 has become an established biennial event featuring theatre from around the world and across Nova Scotia.

The Nova Scotia theatre sector has grown significantly over the last few decades. It has an evolving national and international reputation in theatre and the potential to establish itself as a leader and an innovator in terms of how theatre is created and presented.

Theatre Nova Scotia has carried out a number of activities to serve the province’s burgeoning theatre community including the following major programs: 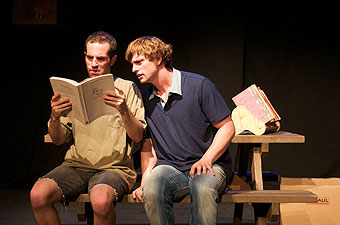 Since 1999, PERFORM! has helped students develop their stories, create school plays, choreograph dances, and compose music. It has showcased presentations by some of the finest talent in our land, and taught a generation of Nova Scotians the power of their own voice. From African dance, to public speaking, to hip hop, to playwriting, to Moliere, Perform! has taught it all. PERFORM! partners with Dance Nova Scotia and the Nova Scotia Choral Federation to deliver its programs.

In 2000 the Nova Scotia Professional Theatre Alliance (NSPTA) held a celebration evening at Neptune to mark World Theatre Day and presented awards to extra-ordinary volunteers from each theatre. In 2001, NSPTA held a ceremony in the rotunda at Alderney Landing honoring Best Actor and Best Actress as well as the full volunteer awards. 2002 marked the first year of the Robert Merritt Awards, named for the late beloved Dalhousie Theatre professor, Robert Merritt. Theatre Nova Scotia arranged the jury system and developed the policies and procedures around an awards system and ceremony in Nova Scotia. A complete list of past winners/nominees can be viewed on the Merritt Awards website.

Want to stay in the loop?